Let’s clear the air first and explain the meaning of “heterosexual”. According to the Cambridge dictionary, heterosexual refers to the disposition of a person who is sexually attracted to the opposite sex. Simple isn’t it? I mean, most of us are attracted to the opposite sex so what’s the big deal talking about it? There is a big deal talking about it because the ‘why’ of the matter will lead you into a rabbit hole full of many opinions and experiences.

Nevertheless, we still can’t explain why there are people who are attracted, normally, romantically and sexually to a different gender.

I do remember a personal experience. I was in my early twenties. I used to have one of the nicest friends ever – a guy – who seriously grew fond of me. And me? Well, he was to me just any other nice friend. Then one day, the bubble busted. He was caught molesting and trying to insert his manhood into a boy’s behind. Can you just imagine that! After the shame of being caught, he had little choice than to leave our area.  I met him several years later, and we are still friends because I’ve accepted his ‘chosen?’ sexual orientation.

What’s the point of this experience? The point is that I’m trying to lay a premise here that not everyone is born “straight” or heterosexual. Notwithstanding, the question still lingers: Why are humans mostly heterosexual? Is that the way we are? Is it a matter of genetic makeup? Is it by choice? Let’s find out.

You’ll be shocked to know that a hundred years ago, heterosexuality was actually viewed as weird.

One hundred years ago, people had a very different idea of what it means to be heterosexual.

Unbelievable, right?! I dread to imagine what exactly men thought of women in the 1900s.

Sex and sexuality are two peas in a pod – totally different. Sex, as in procreation, copulation or sexual activities, are hardwired into our gene. But sexuality may be viewed upon as a combination of nature and nurture. Mind you, this nature and nurture thing is still controversial without scientific backing.

So where does the term “heterosexual” come from in the first place?

Heterosexuality refers to a romantic and sexual attraction to the opposite sex and it has proven to be “an enduring pattern of emotional, romantic, and/or sexual attractions”. It is now a means of identity. Someone who is heterosexual is commonly referred to as straight.

Check out this experience, maybe you can relate to it.  Dan Anderson explained his childhood experience, “When I was 6 or 7. I found my dad’s playboy nudie magazines, this was in the 60,s when things were much less x-rated. Just pretty girls, boobies and butts.

I was addicted to them, he must have had 100.at that age you don’t get boners looking at them.. but you know you just found something really great.

I had about 3–4 buddies the same age, I would sneak them out and we would all look at me. 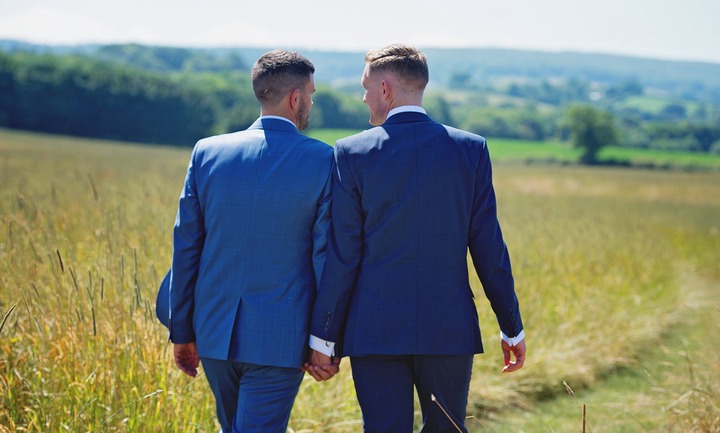 except for 1 guy who turned out later in life to be gay.. we were all addicted to them at 6–7 years old. the 1 kid was getting pissed we were not doing our normal little kid things.. bikes and the park, etc.. he said if we don’t quit he’s telling his mom.. he did and she called my mom.. and that was the end of that and I think I got a spanking. Risking a spanking to look at butts and boobies. that’s how I knew I was straight then knowing how to instinctively make love to a woman later on in life.. flirting, kissing, foreplay, 69ing, there is a big one going down on a woman.. a gay guy will never do that.”

Another experience was that of Nicolette Livre, an ex-military officer. “For most of my life since I was born I’ve been heterosexual. Also, the gay experiences I had were not so good. I was high on meth when I was hanging out with lesbians in the army and they sort of forced themselves on me while i was high on the meth and the sex didn’t come naturally, it felt more like a female on female rape. It also felt more like the lesbians I was with were trying to convince and force me to be gay against my will. So, you see, it wasn’t natural. I went full force the other way after that and stuck to men.

Men are forceful as well, but it’s more expected of them.

I mean, how many stories have you heard of men forcing themselves on women, probably tons. When a lesbian did that to me with her girlfriend, it was unexpected for me. I thought at least that women would be soft and nurturing. It was not so.

I realized I wasn’t gay or bisexual and that my attraction to women was fleeting, I like that they’re seen as pretty, but I can’t sleep with them or have romantic relationships with them. I think I’ve been straight, was always straight, and will remain straight for a long time. 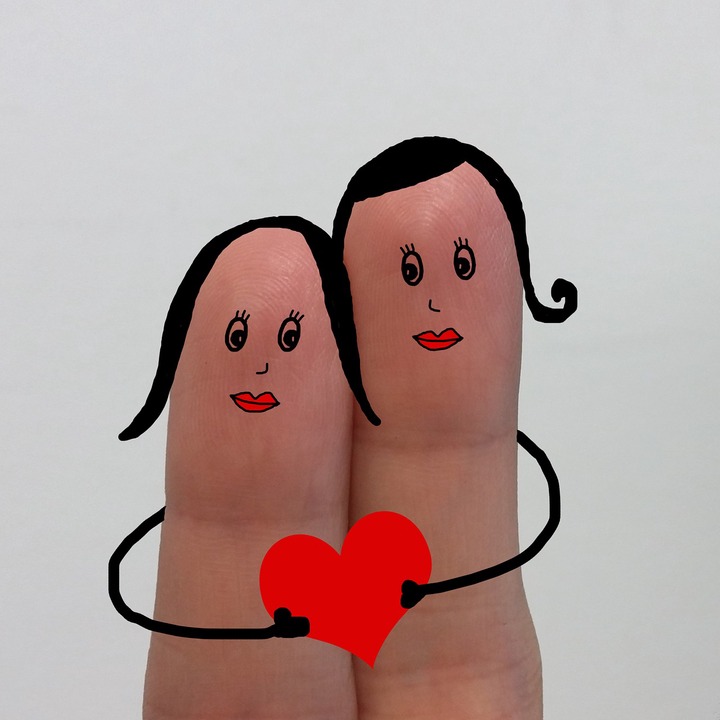 So, for me, it was a matter of not wanting to be around domineering women such as the lesbians I met in the past and not feeling sexual attraction to them. 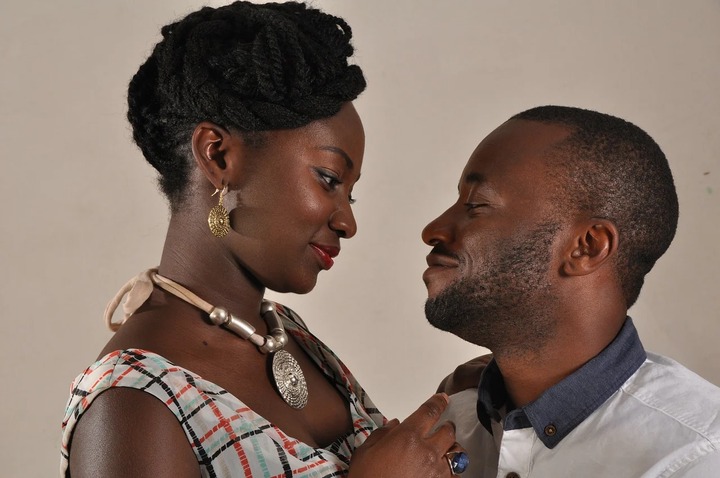 Also, I just like guys more. I want a straight guy with his natural equipment down below that is interested in me, if I were to pick updating again. That’s what feels natural at this point in time. It took a lot of therapy for me to be able to say that, and not be bullied by people thinking I was gay when I’m not and I believe it is true that I like men the most, even though it hasn’t always been picture perfect with them.” 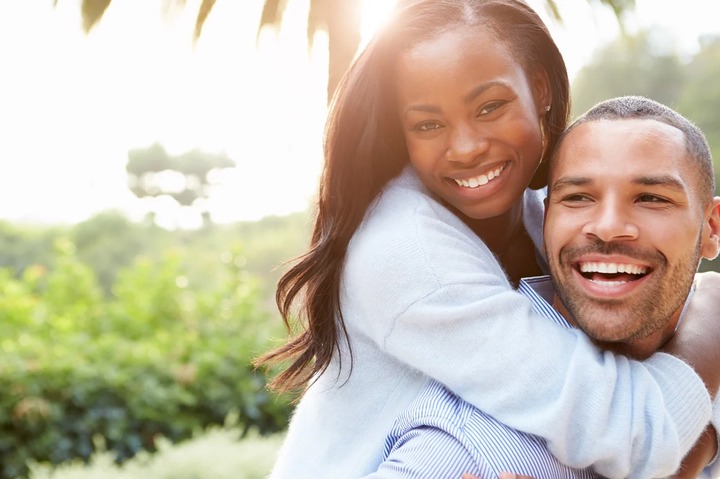 If you met Hanne Blank and her partner on the street, you may end up cross-eyed trying to classify them. Blank, the man, looks like a feminine woman. His female partner is extremely male with little to no facial hair and a fine smooth complexion. Hanne’s partner is neither fully male nor fully female; he was born with an unconventional set of chromosomes, XXY, that provide him with both male genitalia and feminine characteristics. This causes Blank’s partner to be mistaken for a gay woman, a straight man, a transman. So you can see that their relationship is difficult to classify. Some refer to them as gay, straight, and everything in between.

Take the response from Jesse Nelson, “Really? The cause of heterosexuality? Ok, I don’t want to trigger anyone. I’m not homophobic, however, I do know that not all women are not bi-sexual or lesbian. And by nature’s design, man and woman were meant to be with man and woman. Now yes we have evolved and some people are born truly homosexual. They have every right to be themselves. Just as heterosexual men and women have the right. What’s being taught in school versus what is actually happening in the real world are two totally different things. There is no cause of heterosexuality. We heterosexuals were meant to be. Romantic, sexually, emotionally, spiritually.”

Do you agree with these views?

13 thoughts on “Aside Heterosexual, Is It Okay To Have A Different Sexuality?”