Check out these celebrity large families.

Comedian, Eddie Murphy is the proud father of ten children. His large blended family comes from his relationship with five women.

In December 2018, Eddie Murphy and Paige Butcher became parents to their tenth son, Max Charles. They are parents to daughter Izzy. His first son, Eric is 30. His other children are Bella Zahra, 17, Zola Ivy, 19, Shayne Audra, 24, Bria, 29 and Miles Mitchell, 25. Christian is his 26-year-old son with Tamara Hood. He also shares 12-year-old daughter Angel Iris with former Spice Girl Mel B.

Eddie shared that despite having his son and granddaughter so close in age, he admitted, “there’s no higher blessing than having a child. There’s no sweeter blessing than seeing your grandchild.” 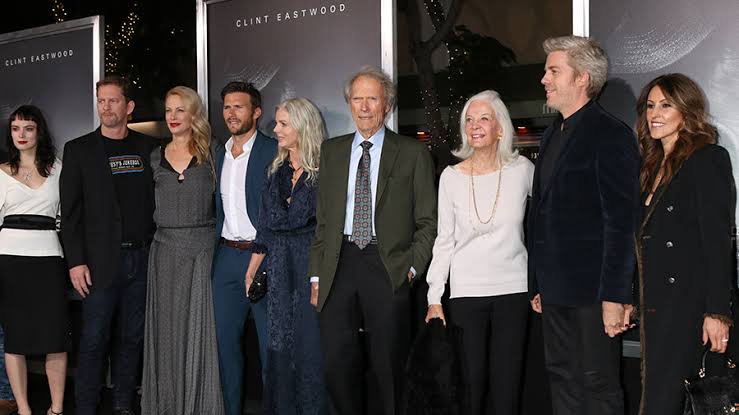 Clint Eastwood just turned 90 and is grateful as he enters into a new decade of his life with all eight of his children and their families.  His first child and daughter is 65-year-old Laurie Murray, the youngest is 22-year-old Morgan. He’s also father to Kimber Lynn, 55, Kyle, 51, Alison, 47, Scott, 33, Kathryn, 31, and Francesca, 26.

Tyson is 53, and is plotting a sensational come back to the ring. The former World boxing champion admits that apart from his business, part of his active routine is raising his large family of six children. Some are incredibly sporty, others have shown passions and a focus in other careers including in the film industry, modelling and business with son Amir setting up his own clothing line.

Tyson, who is on his third marriage after divorcing Robin Givens in 1989 and Monica Turner in 2003,  is incredibly close with each of his children and has done what he can to help them achieve their goals.

Mike Tyson is father to Milan, 12, and Morocco, 9 and their mother is Lakiha Spencer. He shares Amir, 22, and daughter Rayna, 24, with ex Monica Turner. Tyson’s first child is Mikey Lorna Tyson, 30. The former pair are also parents to son Miguel Leon, who is 18. 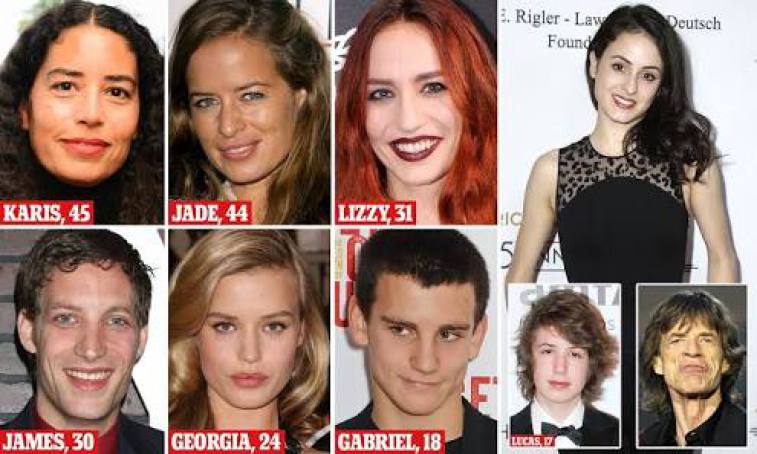 Mick Jagger is, for many, the personification of what the rock & roll spirit is all about: music, drugs, and women. Although he has been married only once, Jagger is a father of eight, grandfather of five, and great-grandfather of three adorable kids.

Some reports point out that the singer has been with at least 4,000 different women throughout his six-decade-long career. But out of those, only five managed to earn a permanent spot in his life. He became a great-grandfather on 19 May 2014, when Jade’s daughter Assisi gave birth to a daughter.

Talking about celebrity large families, the Kardashian/ Jenner family certainly stands out. Kris Jenner alone can boast of six kids and 10 grandchildren. She has six kids from two marriages — Kourtney, Kim, Khloe, and Rob from her first marriage to Robert Kardashian, and then two daughters, Kendall and Kylie, from her marriage to Caitlyn Jenner. “Since I was a little girl, I always wanted to have a big family. I used to sit when I was in high school and think, ‘I can’t wait to have six kids’ — I specifically said the number six. Now, when I see all of us and it’s Christmas Eve and we’re all cozy sitting around the tree sipping hot chocolate, I get so excited for my big happy family,” she told CR Fashion Book in 2019. Kris’ grandkids are Mason, Penelope, and Reign Disick, North, Saint, Chicago, and Psalm West, True Thompson, Dream Kardashian, and Stormi Webster.

The average American family has two kids these days. In Nigeria and the rest of the world, smaller families are the norm.  Families with four, five or six kids — which was at once commonplace — are becoming rarer. But these celebrities are exceptions to that trend.

Do you belong to a large family? Or do you have one? Let us know what the feeling is like. Drop a comment.