In this part of the world, we may have our own way of appreciating our pets such as providing a treat of specially made doggy biscuits bought from the supermarket or simply taking the mangy creatures out for a walk. 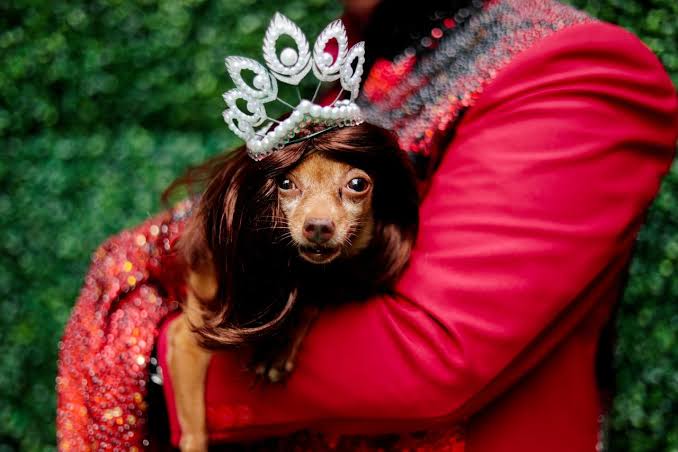 In other parts of the world, they may have gone a notch higher. In Manilla, Philippines, pet owners bring their furry friends for baptism at their local church. Seriously weird, eh? With elegant wardrobe included, these pet owners dress their cats and dogs and bring them out to be blessed. This happens on a Sunday in commemoration of the feast of Saint Francis of Assisi, the patron saint of animals. The pet owners raised their pets as a priest sprinkled holy water on them. 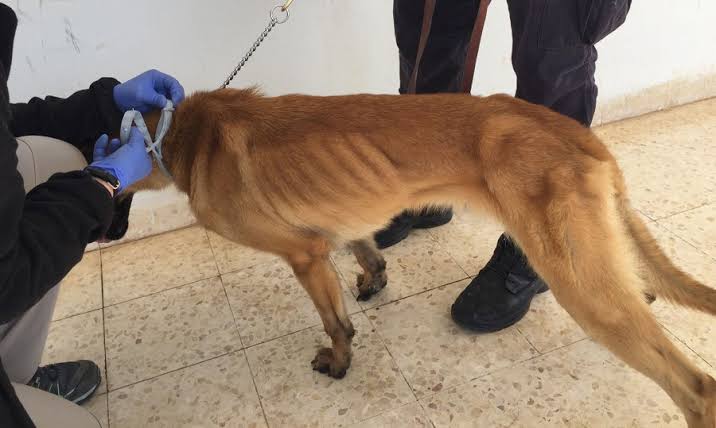 In Jordan, the reverse is the case. Report has it that our furry doggy friends are going through a tough time. These are highly trained bomb-sniffing dogs sent by the U.S. to help fight terrorism in Jordan and they are dying from extreme neglect by their foreign handlers. At least 10 Explosive Detection Canines (EDCs) given to Jordan over eight years ago have died due to diseases from faeces-covered kennels, parasites and insufficient food, water and medical care. 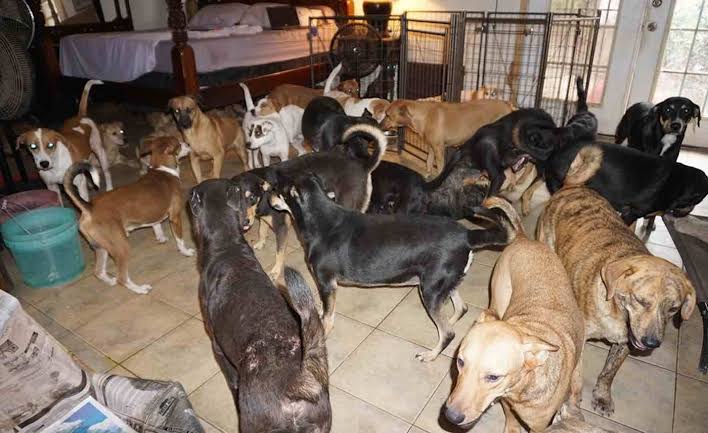 We now take you to the Bahamas. During the horrendous hurricane Doran bashing, one woman, Chella Phillips, took 97 dogs into her Nassau home over the weekend as the storm-ravaged the archipelago. She reported on her Facebook, “It has been insane since last night, poop, piss non stop but at least they are respecting my bed and nobody has dared to jump in.” Her post of the dogs went viral. 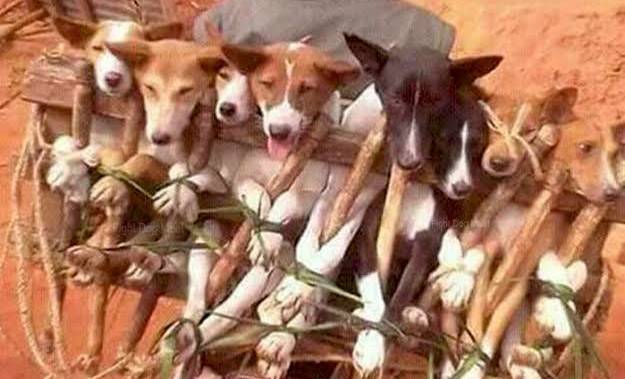 Welcome back to Nigeria. If you own a pet dog, avoid the bus stop called Iba Express located around my area at Iba, Ojo in Lagos State. Here, they turn stray dogs into pepper soup.

2 thoughts on “Crazy Life Of Dogs Around The World”