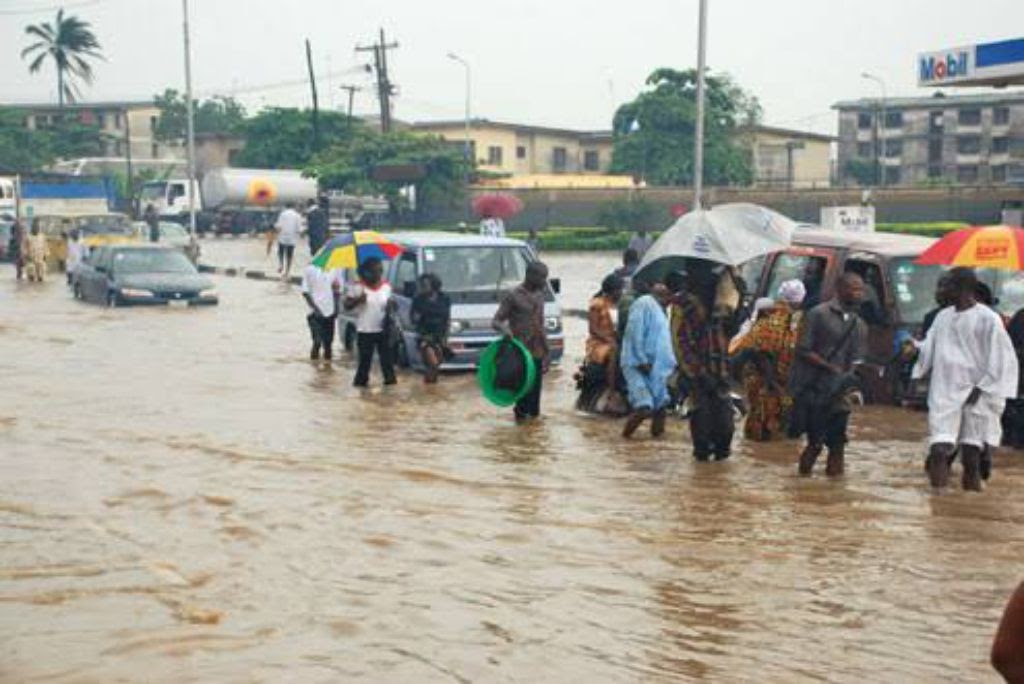 Recently, the rainfall and flooding in Lagos State are a testament to Dr. Muhtari’s statement. As I write this article, dark clouds gathered again, a sure sign of another heavy rainfall was about to take place in my area at Alape avenue, Ojo in Lagos State. Today makes it six consecutive days of rain. I love the rain. I love thecool air. I love the fact that there’s water everywhere, but the streets in Alape and its environs have turned into a tributary of rivers! Lagos is said to be sinking under its own weight. One contributor to this issue is poor drainage which leads to constant flooding. A study in 2012 showed that  sea-level has risen beyond 1meter and is already showing signs of catastrophic flooding in this region.

A population of over 17.5million Lagosians consume huge amounts of ground water since the government, due to massive corruption, is notable to provide clean potable water to the inhabitants. The rich and ruling class don’t realise every borehole dug, increases the rate at which Lagos sinks. 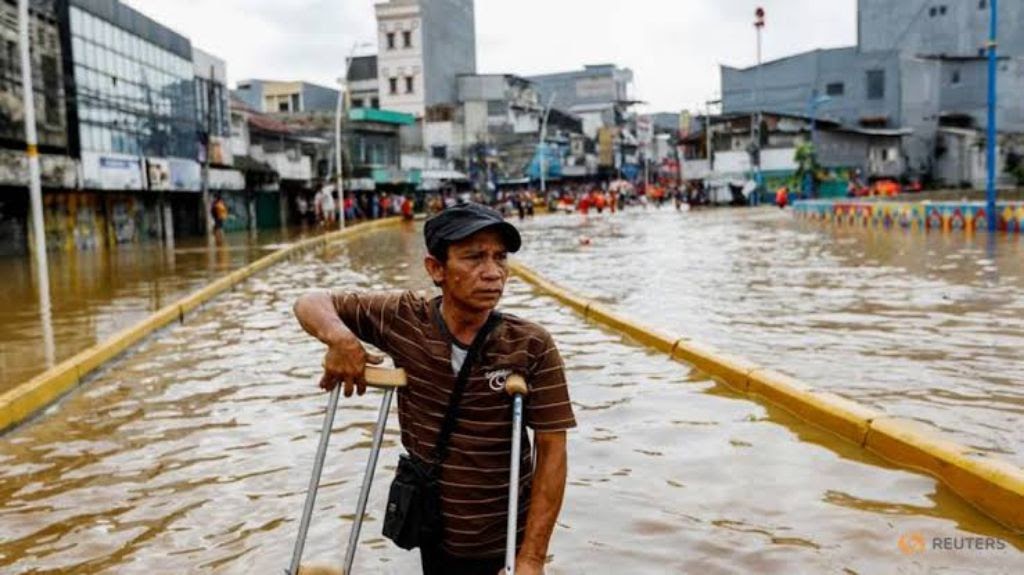 The fastest sinking city in the world right now is Jakarta. The chaos caused by Jakarta sinking is compounded by similar issues facing Lagos. Jakarta, like Lagos, also lacks a reliable network of piped borne water. The city’s inhabitants have no choice but to resort to digging boreholes. Other sinking cities in the world are Venice, New Orleans, Dhaka, Virginia Beach, Bangkok, Rotterdam,Alexandria, Miami and Houston. There is a huge concrete wall built by the owners of the Eko Atlantic as a strategy to reduce the ocean from grabbing more coastline in Lagos. But how effective is this? The giant concrete wall is nicknamed “The Great Wall of Lagos.” Scientists such as Dr Alan Blumberg, an oceanographer, observed that the wall will worsen flooding in the state when the ocean eventually overflows its banks.