I came across these lovely photos of the Fani – Kayodes and I fell head over heals for the pictures. They are simply adore. Precious, FFK’s wife and former beauty queen, all dressed up in queen Neferetiti’s costume. Chief Femi Fani-Kayide, politician and former Nigeria’d Aviation Minister, wore a red cap and flowing white Senegalese. Their four adorable little boys all dotting around them. I just couldn’t help but swoon over this beautiful family.

Sometime ago, Femi Fani – Kayode took to his Instagram page on a Saturday morning, May 25th, 2019 and profusely shared his happiness apparently, it was Precious’, his wife’s birthday. 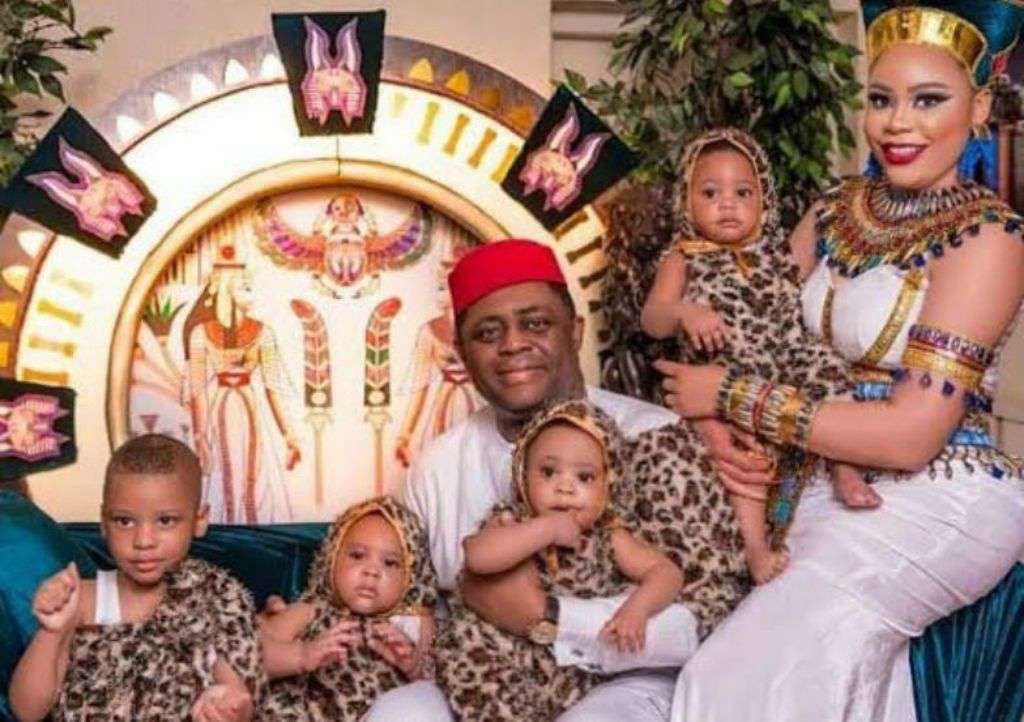 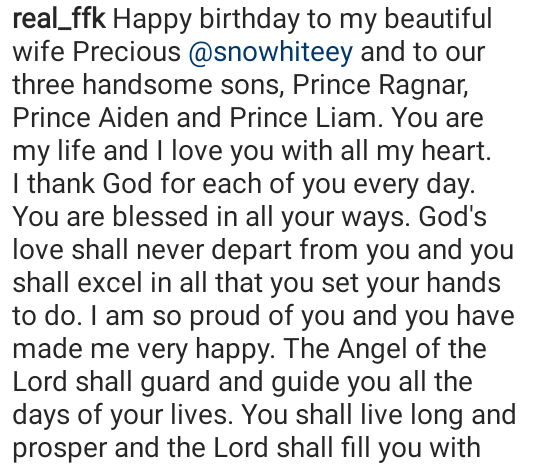 Fast forward 2020. What we hear now are drums of war from both ends of husband and wife. As public figures, it usually becomes messy and very difficult for one to keep the lid on their private lives. It is also very difficult to know truth from fiction, especially with so many bloggers ‘thirsty for blood’.

A news source once alleged that, “Mr. Fani – Kayode started physically abusing Precious from the first year of their marriage, a fate that is claimed to have befallen her three predecessors.”

This news source also stated that the violence had increased as the years went by. It was alleged that Femi even ordered his wife to abort a pregnancy that eventually resulted in the birth of their first son. Another report stated that Precious received the beating of her life with emphasis on Femi hitting her on the belly while pregnant. The tabloid said that the violence had grown worse after which Femi Fani-Kayode came up with the allegation of infidelity to cover up his abuse on his wife. 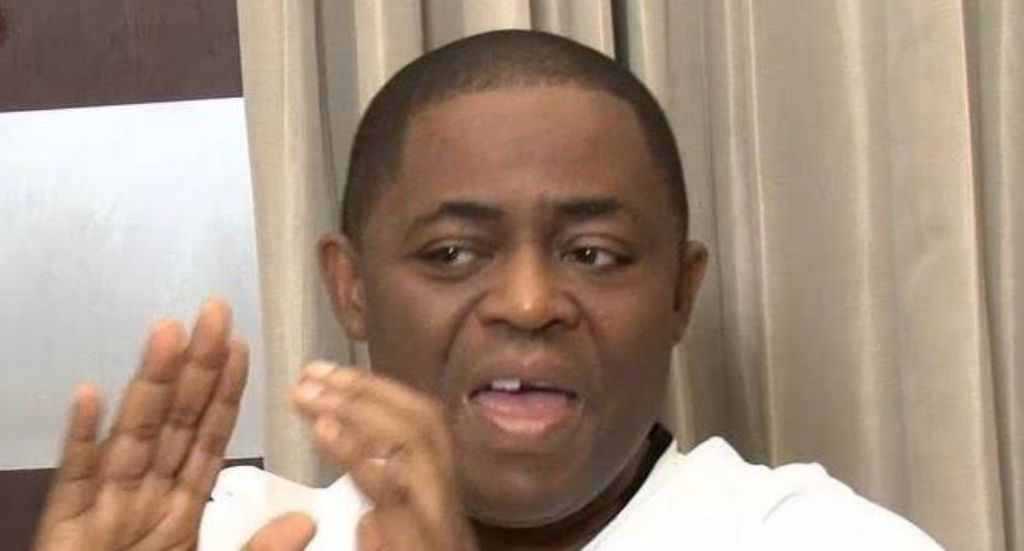 A video, which went viral, purportedly recorded by Precious showed Fani – Kayode complaining that the wife was fond of always whipping up controversy. While Precious was heard telling Femi whether he was about to abuse her again.

Kemi Olulonyo is one person who never tires from reporting hot gist about the Femi Fani – Kayode’s and especially about the wife.

From an alleged threat by Precious on Kemi’s life, to confessions of how wicked Precious had been to her domestic workers, Kemi Olunloyo has reported it all. The only thing Kemi hasn’t thrown at Precious is the kitchen sink. 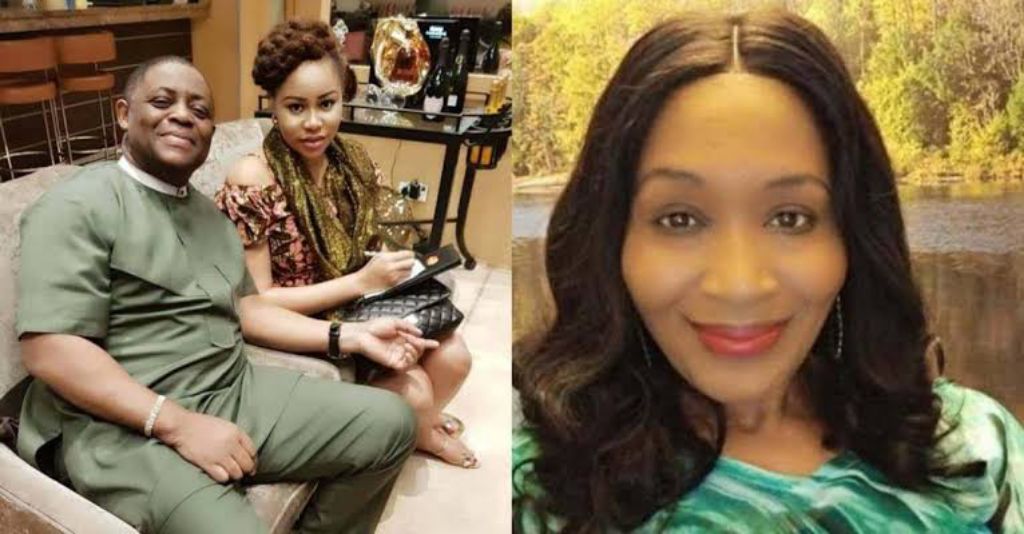 A recent tweet from @KemiOlulonyo: The #FFKCase continues. Shocking Interviews with the staff at the Abuja mansion. Past and present staff spoke out on the manipulative, abusive “Madam” “Mummy” Precious. 1. 29pm 06 Oct 20.

The way forward for the Fani-Kayodes

It’s a good thing the couple have taken a break from each other. They need to allow their marital ‘land’ to fallow. The most important thing is to let go of all the hurt. Let go of all the negative media buzz that has been generated so far.

The Fani – Kayodes need to create an atmosphere whereby each of them can truly miss each other and would want each other back.

More importantly, let go of all the accusations. The cliche, No Marriage Is Perfect is ever true. 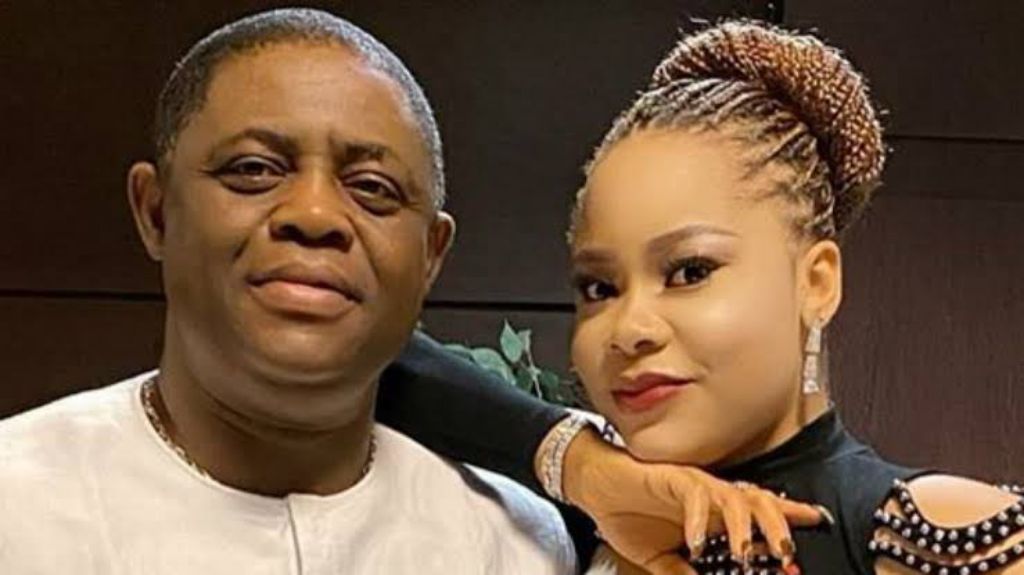 If you are reading this, take it from me. I have been there too. I may not be a celebrity but when my mine was going through the ‘wilderness’ I still chose to stick by my marriage. Sometimes, it may look impossible, but it is still possible to save your marriage. You need to take a stand and put more effort in order to save your marital union.

You guys just don’t know how beautiful your pictures look when you are together. You can still maintain that beautiful picture. It’s a matter of taking a decision to uphold your marriage.

I hope to read something like this in the tabloids soonest: Beauty And The Chief Are Back Together, for good. #femi& precioustogetherforever

Get more Fani-Kayode gist from this video

What do you think this couple can do in order to save their marriage?